Hans Christian Andersen Festivals was showing its opening concert this afternoon. I was invited to sit in the lobby and cut. It was nice and I had a lot of nice talks with the audience.

At the concert, jazz bass player Chris Minh Doky played a beautiful version of “In the deep quiet of the forest” and Ghita Nørby read “The woman with the eggs”.

The Festival’s main prize “The Nightingale” of DKK 400,000 was presented to the Chinese artist Yue Minjun, who, among other things, has created the sculpture that is part of the festival’s logo.

See photos from the opening concert on my Facebook page.

After the show, there was an interview with some of the show’s participants and with actors who have activities during the festival – including a paper cut artist from Odense…🙂 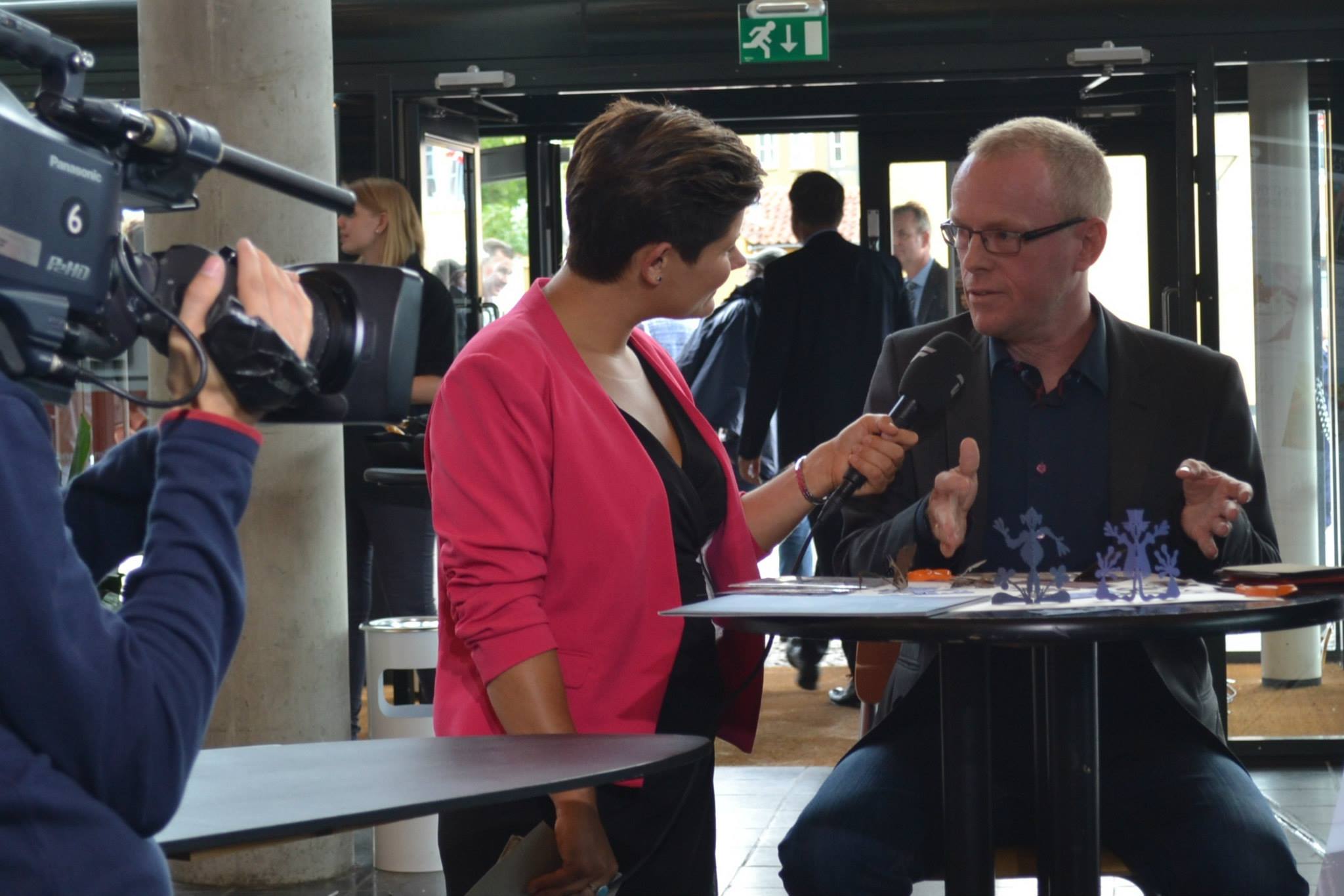